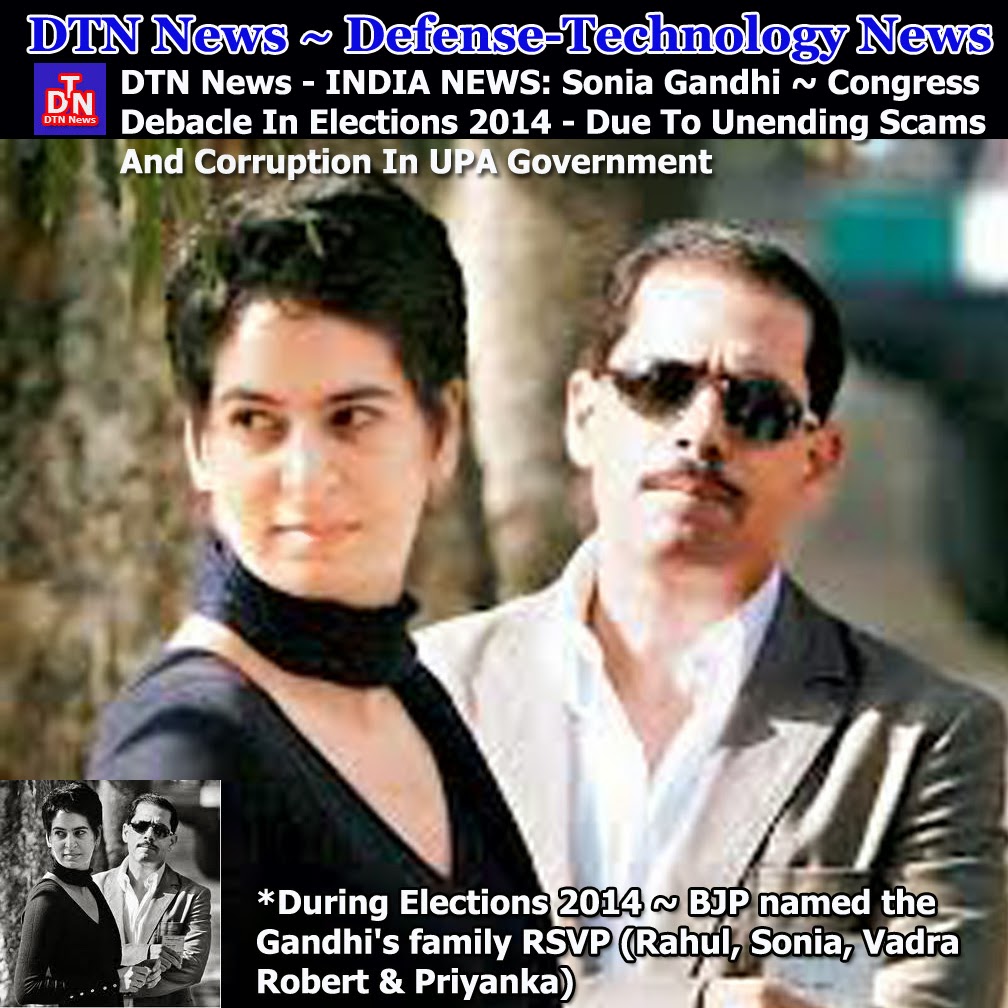 (NSI News Source Info) TORONTO, Canada - June 7, 2014: (BIKANER) As Narendra Modi gets ready to be sworn in as Prime Minister, Congress president Sonia Gandhi's son-in-law Robert Vadra and his team are busy gathering documents to get requisite corrections done in purchase of huge swaths of land in Bikaner district.
In the run up to the elections, the Bharatiya Janata Party (BJP) had pledged to probe the land deals of Vadra once it comes to power. The party had also released a CD detailing how the Ashok Gehlot government shielded the alleged dubious deals of the son-in-law of Sonia Gandhi. Four Vadra companies bought land in excess to permissible limit under the Land Ceiling Act. The report of the district collector revealed that the Gehlot government changed the Land Ceiling Act, purposely to help Vadra buy lands.

Latest reports say that Vadra has deputed a few individuals, who are camping in Bikaner and trying hard to collect documents in view of possible legal battles. A key member of Vadra team, Mahesh Nagar, is visiting Bikaner frequently.

*Disclaimer statement Whilst every effort has been made to ensure the accuracy of the information supplied herein, DTN News ~ Defense-Technology News cannot be held responsible for any errors or omissions. Unless otherwise indicated, opinions expressed herein are those of the author of the page and do not necessarily represent the corporate views of DTN News ~ Defense-Technology News 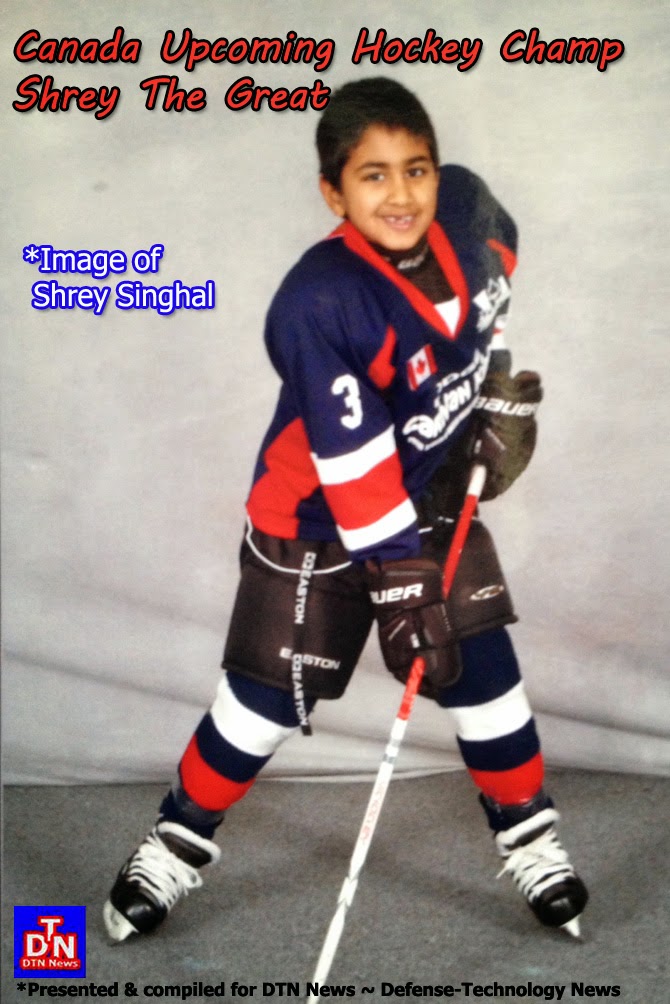 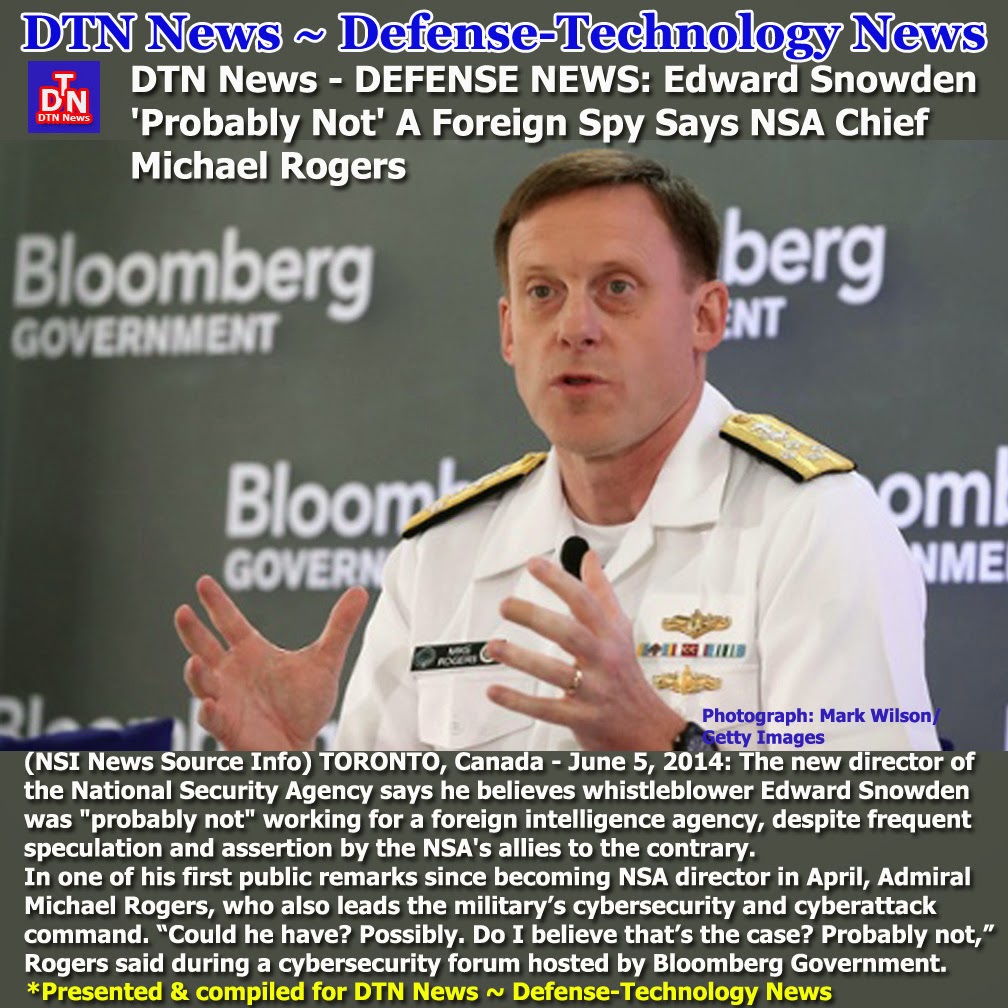 (NSI News Source Info) TORONTO, Canada - June 5, 2014: The new director of the National Security Agency says he believes whistleblower Edward Snowden was "probably not" working for a foreign intelligence agency, despite frequent speculation and assertion by the NSA's allies to the contrary.

In one of his first public remarks since becoming NSA director in April, Admiral Michael Rogers, who also leads the military’s cybersecurity and cyberattack command, distanced himself on Tuesday from contentions that Snowden is or has been a spy for Russia or another intelligence service.

“Could he have? Possibly. Do I believe that’s the case? Probably not,” Rogers said during a cybersecurity forum hosted by Bloomberg Government.

Read more »
Posted by Defense-Technology News at 5:26 AM No comments: 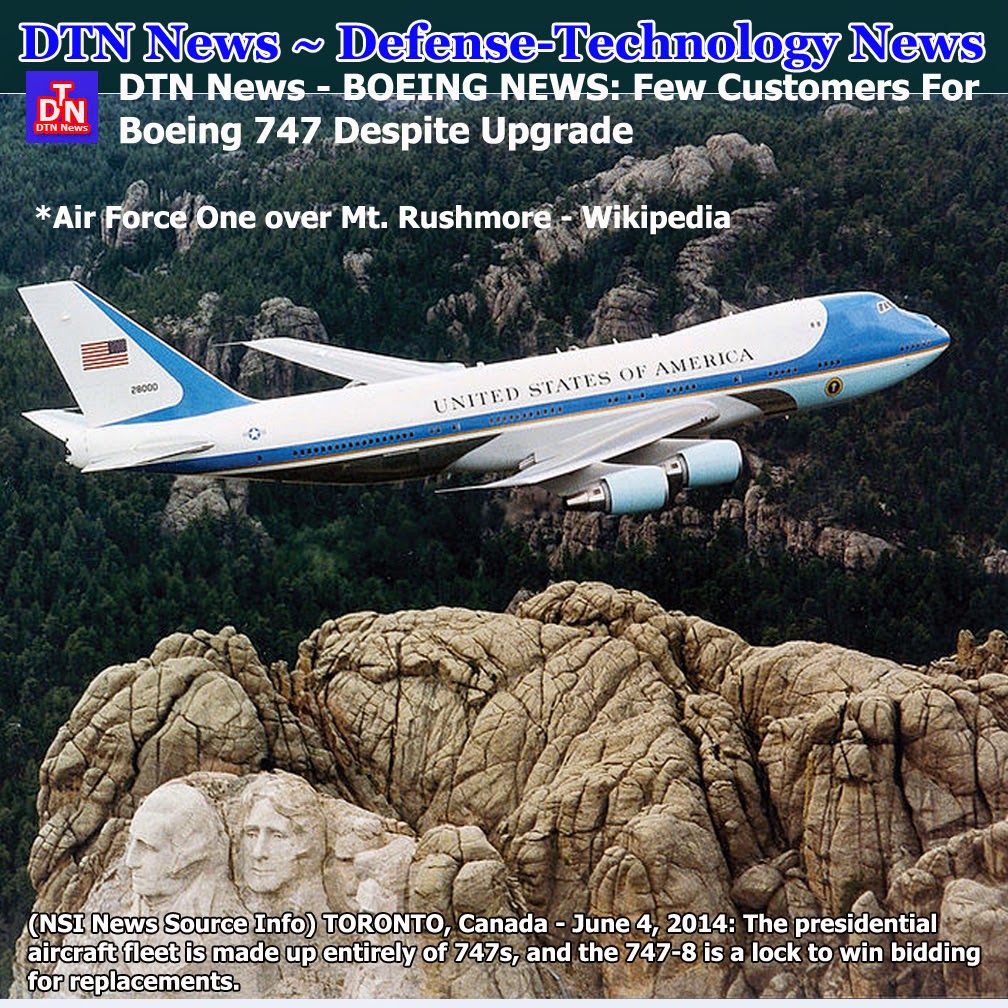 (NSI News Source Info) TORONTO, Canada - June 4, 2014: (CHICAGO) — Boeing’s iconic 747 jumbo jet is gliding deeper into its twilight years, with a new Air Force One fleet offering the strongest sales prospect for a passenger model that no longer fits most airlines’ needs.
Even as Boeing talks with Emirates airline about an order for the upgraded 747-8, the carrier played down the chances of a deal because it’s buying 150 Boeing 777X jets. That plane will be bigger and more efficient than the current 777, a twin-engine aircraft so capable that it’s cannibalizing Boeing’s jumbo sales.

Commercial success has proved elusive for the 747-8, the latest update to an almost 50-year-old plane known for its distinctive humpbacked fuselage. While the 747-8 is a lock to win bidding that opens this year to replace the president’s fleet, waning demand for the cargo variant further imperils an assembly line that has slowed to just one or two planes a month.

‘‘Air Force One is it, unless a miracle happens in the airfreight business,’’ said Glen Langdon, president of Langdon Asset Management, a San Francisco firm that has extensive experience selling used 747s and other wide-body freighters. 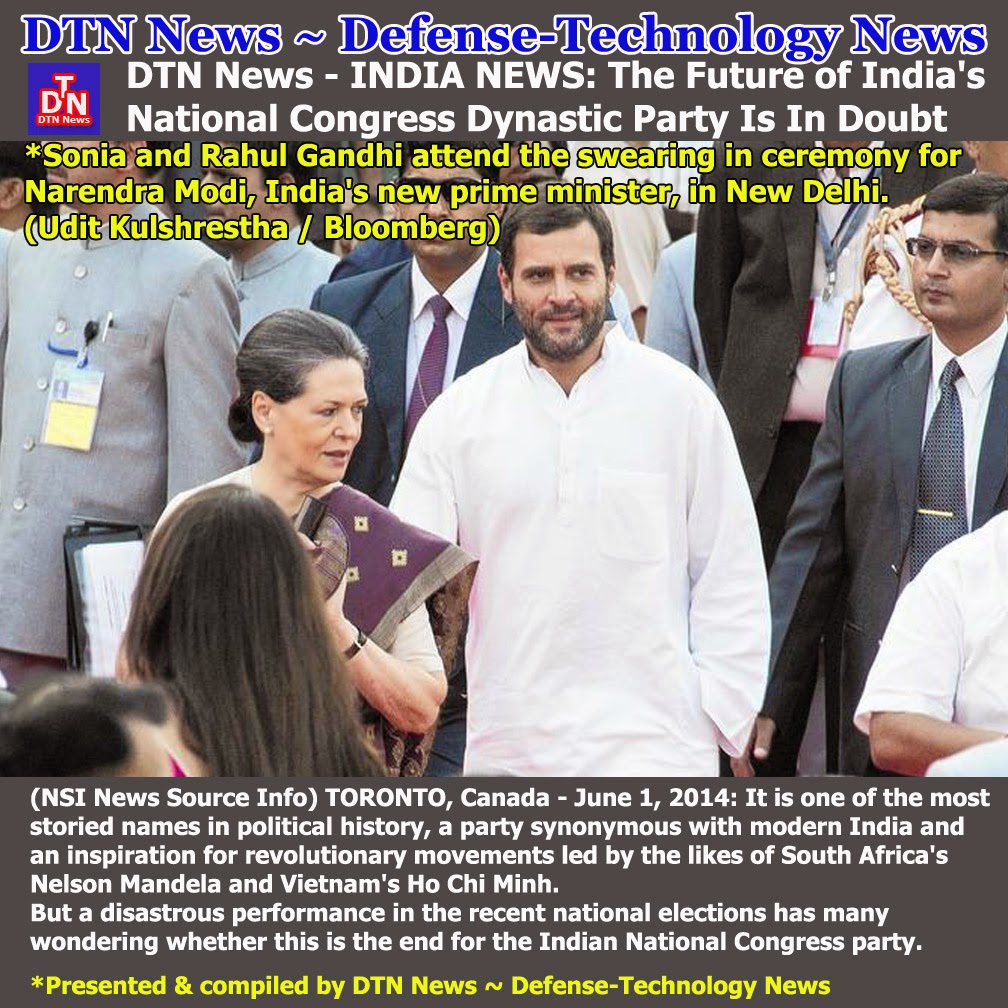 (NSI News Source Info) TORONTO, Canada - June 1, 2014: It is one of the most storied names in political history, a party synonymous with modern India and an inspiration for revolutionary movements led by the likes of South Africa's Nelson Mandela and Vietnam's Ho Chi Minh.

But a disastrous performance in the recent national elections has many wondering whether this is the end for the Indian National Congress party.

The party that has led India for most of its 67 years as an independent nation was thumped out of power, winning a paltry 44 of 543 parliamentary seats — its lowest tally by far — and prompting serious questions about the leadership of the Gandhis, the first family of Indian politics.

http://defense-technologynews.blogspot.ca/2014/06/dtn-news-india-news-future-of-indias.html
Read more »
Posted by Defense-Technology News at 7:13 AM No comments: 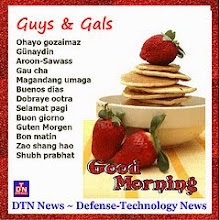 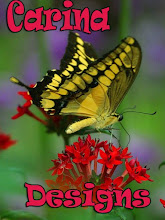